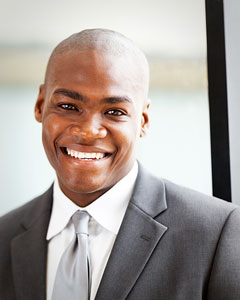 “I know of no enemy more insidious or vicious than excuses. It’s an enemy that poses a clear and present danger to your future.” – Gary Ryan Blair

Highly successful people are driven by the pursuit and achievement of unreasonable expectations…as they know that in the end, all that succeeds is the unreasonable.

They are unreasonable in what they expect from themselves, in the demands they make, and in how much of themselves that they can give.

As a result they take enormous pride in their work and become the leaders which inspire or intimidate through their actions.

The vast majority of people on the other hand settle for a small squeak of their potential because they bought into the belief that simply being reasonable is the way to go.

How foolish and casualty creating that belief is.

The reasonable person adapts themselves to the world; the unreasonable one persists in trying to adopt the world to himself.

Therefore, all large, significant and lasting progress depends on the unreasonable person.

True success is achieved by the minority of people and requires an unconventional way of thinking. Great achievements are, have been, and will always be the results of unreasonable people driven by unreasonable expectations and standards.

Most people look to what they know they CAN do as a guide to what they WILL do; yet in order to get anything important done in the world, you have to look towards what you WANT to do with the limited and precious time you have left, and then figure out how on earth you’re going to get it accomplished.

When most people think about what they are committed to, they consider where they can build a bridge to from where they already are.

What would happen if you chose where you wanted to go without considering your current circumstances and then worried about how to build that bridge?

Let me be perfectly clear on this point, “what is reasonable” is a poor, pathetic and useless guide to taking the necessary actions to making BIG things happen in your life.

The ONLY argument that can be made in favor of being reasonable is that it provides a sense of comfort and security.

Being reasonable allows you to feel safe in the sense of knowing that your actions will turn out pretty much the way you expect them to.

In truth, being reasonable is a false sense of security which inhibits any real progress from being made in your life.

Being reasonable is a form of protective posturing that is dangerous because at best it allows you to produce predictable results; and what is predictable has, by definition, been done before. And what has been done before is unlikely to make much of a difference in the future—your future.

You succeed when you are unreasonable. You neither give nor accept excuses. You insist on success. You demand success, and you deliver successful results.

I know of no enemy more insidious or vicious than excuses. It’s an enemy that poses a clear and present danger to your future.

The market now expects and demands an unreasonable effort and investment on your part.

FYI…you don’t have to like it for it to be true. In fact, unreasonable is the new reasonable.

I created the 100 Day Challenge to get you to think and execute beyond what is normal, proper and appropriate.

And, the only way to create big giant breakthrough results is to take the road less traveled—to set goals and plans that are unreasonable—and going for it.

Progress is made only by unreasonable men and women, so take the 100 Day Challenge…set some big hairy audacious goals, become a force to be reckoned with and by every means possible…dare to be unreasonable!

If you have a team of 10+ and want details on group pricing, click here and let me know the size of your team as well as the best number to reach you.

How to Make a Comeback
How Badly Do You Want It?