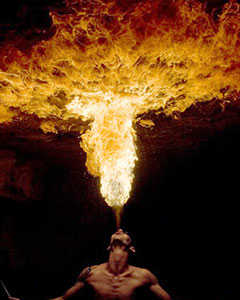 We’ve all been told a thousand times: “Don’t Burn Your Bridges.”

The truth is that some people, places and things weigh us down and separate us from our priorities.

And, if we are to lead rich and successful lives, we have to learn to cut the fat and set ourselves free.

What we may not know is how to sever our ties without third-degree burns, and that is exactly what I intend to share with you.

But first, a little history lesson which sets the stage for your bridge burning activities.

The year was 1519 and Hernán Cortés, along with a paltry crew of some 600 Spaniards, 16 or so horses and 11 boats, had landed on a vast inland plateau called, Mexico.

The Spanish conquistador and his men were about to embark on a conquest of an empire that hoarded some of the world’s greatest treasure.

Gold, silver and precious Aztec jewels were just some of what this treasure had to offer anyone who succeeded in their quest to obtain it. 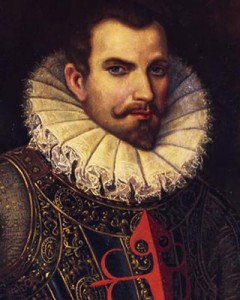 But, with only 600 men — conquering an empire so extensive in its territories could only be undertaken by a man with a death wish.

This daring undertaking was made even more insurmountable by the fact that for more than 600 years, conquerors with far more resources at their disposal who attempted to colonize the Yucatan Peninsula, never succeeded.

Hernán Cortés was well-aware of this fact, and it was for this reason, that he took a radically different approach when he landed on the land of the Mayans.

Instead of charging through cities and forcing his men into immediate battle, Hernán Cortés stayed on the beach and awoke the souls of his men with emblazoned speeches.

His speeches were ingeniously designed to urge on the spirit of adventure and invoke the thirst of lifetimes of fortune amongst his troops.

His orations bore fruit, for what was supposedly a military exploit, now bore the appearance of extravagant romance in the imaginations of Cortés’ troops.

But, ironically, it would only just be 3 words which Cortés’ murmured, that would change the history of the New World.

As they marched inland to face their enemies, Cortés ordered, “BURN THE BOATS.”

It was a decision that should have backfired. For if Cortés and his men were on the brink of defeat, there wasn’t an exit strategy in place to save their lives.

Remarkably though, the command to burn the boats had an opposite effect on his men because now, they were left with only 2 choices — die, or ensure victory.  And fight they did.

We know today, how Cortés’ decision to burn his boats panned out. Hernán Cortés became the first man in 600 years to successfully conquer Mexico.

Though historians still dispute the veracity of Hernán Cortés burning his boats, it’s doubtless that Cortés did destroy his boats.  But, he wasn’t the first man to make such a bold, strategic decision to ensure victory.

About a thousand years before, the world’s greatest empire builder, Alexander the Great burned his boats upon arrival on the shores of Persia. 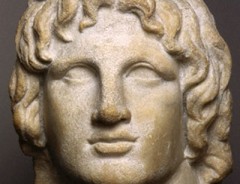 By burning his boats, Alexander committed his men to victory over the Persians, who far outnumbered the Greeks in great numbers.

Furthermore, Persia then also had the distinction of having the most powerful naval fleet in the world. Considering what Alexander was facing, the decision to destroy the Greeks’ only hope of retreat was an extraordinary one. Nonetheless, it proved to be the correct one.

Was this act of burning the boats by both Cortés and Alexander the Great a mock dramatization of bravery, or a cleverly constructed strategy?

In my opinion, it was a radical strategy which eradicated any notion of retreat from the minds of their troops and commit themselves unwaveringly to the cause – VICTORY.

Defeat wasn’t an option at all, and nor should it be for you as well.

ARE YOU READY…to start Burning Your Boats (Bridges)?

To live an extraordinary life, to achieve grand goals, and to unleash your greatness you must embrace the idea that its time to start burning your boats.

So, what are the boats in your life that are keeping you from accomplishing what you really want?

What vessels in your mind are keeping afloat the fear and doubt and frustration that hold you captive?

Whatever prevents you from achieving your goals and dreams IS a boat that must be burned.

Do NOT dignify by giving time, attention, or repetition to anything that separates you from living a life of excellence. 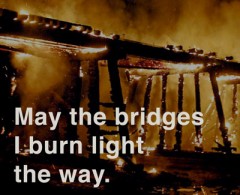 Unfortunately, when things get difficult, when the “bullets start flying”, we revert to conditioned behavior and make for the boats.

I completely understand, but implore you to snub this negative psychological gravity, and not allow any mental propaganda to perpetuate.

Permanently give it the cold shoulder, destroy what destroys you, and with reckless abandon, surgically cut this nonsense out of your life.

Choose the attitude that the only direction worth moving is true North, and allow that bridge to…burn baby burn.

It’s attitude more than anything, and burning your boats can only happen one way: by embracing a level of commitment that sees sacrifice as a positive thing.

Many people think of sacrifice as something that is taken away, as a negative act or something that’s gone forever. Nothing could be further from the truth.

Sacrifices of time, money, effort, ALONG with the willingness to sacrifice bad habits are what we give to the game. How badly do you want that final result?

One way you’ll know for sure is by examining your behavior. Why? Because behavior never lies. 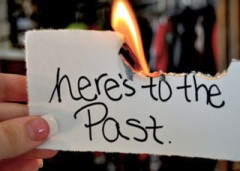 You must decide that what you want is GREATER and far more important that the boats which prevent you from achieving it.

Greatness — your greatness — will always be measured by the sacrifices that you are willing to make!

So unleash your inner pyromaniac, strike a match to the anchors of your past and introduce yourself to bigger, bolder, far more beautiful future.

P.S. Mark today as the day you decided you are going to burn your bridges and this Life Plan shows you how.

And the best part is you can use this code to save 50%. Use the code:  success

Gandhi’s Way
Leave a Legacy, Not an Inheritance