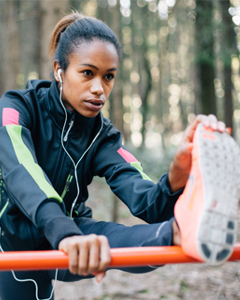 I mean this year so far?

Accomplishing what you thought you would in the first quarter?

On the path of amazing achievement? Or is it a repeat of last year?

You and I both know that no matter how good or bad your results have been…you can always do better…much better!

Unfortunately, the vast majority of people and companies don’t take the time to plan for their future and they are simply plugging along with their heads down.

But, instead of repeating the same day over and again, both companies and individuals seem to repeat the same outlook, approach, and strategies.

Is it any surprise that they repeat the same results?

I know that you started out the year with the best of intentions…determined that this year would be different, but somewhere along the journey, you lost your focus and dropped the ball…and now find yourself having to play catch up. It happens to the best of us.

So what do you do if you’re below target…if your back is up against the wall, and you need to redeem yourself quickly?

Here’s your FIVE POINT GAME PLAN for crushing your goals and making your comeback!

Those with the character to triumph in the end tend not to allow the indignity of failure to force them down. A comeback accepts disaster, laughs in its face, and crawls to his feet again.

When you are down, other people will write you off, do not let them define you.

Comebacks have an inner sense of justice that refuses to be violated.

They manage their emotions, reminding themselves of where they’ve been and why they’re here, and resolve that nothing will stop them.

Manage your darkest fears by doing something about it. Take massive action and if you don’t succeed at first, plot and plot again.

Pain, failure, loss and embarrassment are such great motivators and you should allow adversity to force your hand to make new choices and take new actions.

Use the pain as fuel that drives your comeback because if you do not, it will become the fuel that perpetuates your current situation.

The savvy fighter won’t make the same mistake twice. He accepts the hard rules of the real world, analyzes how he wound up on his back, and charts a course around the problem.

Often as not, he turns trouble to his advantage as they choose to see every situation as an opportunity for a second chance rather than a setback.

Once you’re on your way, don’t look back and do not allow a previous faux pas to slow you down. A hundred distractions, doubts, and setbacks will haunt someone recovering from disaster.

The true champion rolls with the punches and keeps coming back for more.

The ultimate reward for the person making the comeback is to see his or her vision come to life in the real world.

And they enjoy the deep confidence of one who has fought their way through hell and emerged to see the stars.

Your challenge is to do just that, you must look at every obstacle, setback, rejection, and constraint as an opportunity to redeem yourself and to step up your game.

If you’re serious about redeeming yourself and making this the best year of your life….you need a radically different approach, and that’s why you’re going to love the 100 Day Challenge…a hardcore goal setting program that delivers radical results fast.

In celebration of Groundhog Day, we’ve reopened enrollment for 48 hours, and I’d love the opportunity to show you how to get more accomplished in the next 100 days than most people do over the course of 10 years.

Pounce on this opportunity and redeem yourself.

P.S. Group Discounts? We’ve got your back.

If you have a team of 10+ and want details on group pricing, click here and let me know the size of your team.

Immensely Proud
The Need for Consequences