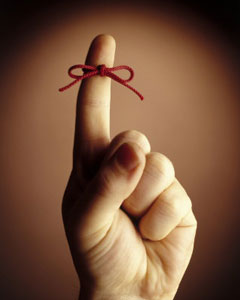 A wise man once observed,

“The greatest battles we fight are in the silent chambers of our own souls.”

In order to become a man or woman of total integrity, we need to develop the habit of…

A promise is a declaration that one will do or refrain from doing something specified. It gives the person to whom it is made a right to expect that some type of performance will be honored.

Promises present themselves in delineations of black and white; after all, you either honor your promises, or you don’t.

Success is the result of making and keeping promises to yourself and others, while all failed or unfinished goals, projects, and relationships are the direct result of broken promises. It’s that simple, that profound, and that important!

Yet, very few people realize, or wish to accept the fact, that one of the worst experiences in life to an individual is a broken promise.

We all have moments when we make a promise to someone and cannot keep it, for a variety of reasons. That is understandable.

However, when there is a definite pattern in breaking promises it suggests four things:

1. That the person to whom the promise is made is not really a priority in the scheme of things; not as valued as others.

2. That the person making the promise is trying to please too many people at once, perhaps to impress, but failing miserably.

3. That the promise itself is not perceived as important enough to be kept.

4. That the person making the promise has situational integrity, and only honors promises that they feel have REAL value.

Every day, you make promises to customers, family members, and associates. Some are explicit, others implied; but each one ultimately results in success or failure.

Nothing builds confidence and loyalty more reliably than a history of well-kept promises; and by the same token, nothing will undermine your reputation faster than a string of broken ones.

A man or woman with a track record of broken promises is FUNDAMENTALLY WORTHLESS.

If your word is not supported by action—if you take a cavalier attitude toward your obligations—then the party’s over. You may as well stick a fork in your reputation, because….

No one will be interested in working with you.

No one will take a risk in hiring you.

No one will want to be associated with you.

No one will ever view you as a man or woman of integrity.

It’s like having a stain on your reputation and character that no amount of bleach could ever remove. The saddest part of it all is that this damage was self-inflicted.

Your word is a form of capital. It’s money in the bank for someone who is counting on it. That being said, you should only invest your capital where and when it counts most or it will lose its value.

And because your word is like currency, you must give it only when the occasion is important enough to call for it.

The person to whom you are promising something must be able to recognize that your word has real value, and that it’s not counterfeit. You certainly don’t give money out to every Tonya, Dick, and Harry; you should treat your promises with the same level of respect.

Remember, what you don’t protect, you don’t get to keep and your reputation is a terrible thing to waste. You had best learn not to say you will deliver on something you know you can’t—whether it’s promising to pay someone back, keep a secret, or saying you’ll do a favor on which you have no intention of following through.

Consider this: What’s the point of making a promise if you don’t even plan to honor it?

The greatest and most unfortunate betrayal is that of oneself. Being able to adhere to our promises begins with self-respect.

When we say one thing and do another—when we start projects but don’t finish them; when we go on a diet but quit soon after beginning—then the only thing at which we become successful is sabotaging our reputation with ourselves.

And when we dishonor our own promises and lie to ourselves, how on earth can we be expected to honor the commitments we make to others?

There is no backdoor to a self-made promise. There is no contractual loophole. Either you maintain the contract, or you are in breach.

By dishonoring your own commitments, you undermine and poison whatever faith you have in your own abilities.

A strong, healthy, psychological immune system is essential for success; there’s no better way to ensure that than by making each promise count.

P.S. Making every promise count is just one of 52 remarkable ways to inspire excellence and drive results that you’ll find inside Everything Counts.

I promise that this book will be one of the most rewarding reading experiences of your life.

Manage Your Energy, Not Your Time
JUST DO IT?