Far too many people are inclined to laziness; they tend to crawl into the false sense of security promised by the comfort zone. 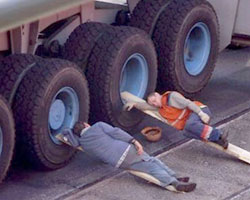 They hide behind excuses, habits, customs and the latest technology…and in the name of protective posturing; they do everything in their power to prevent or minimize risk, rejection and failure from taking place.

As a result of these behavioral indiscretions (poor choices), they display the mental strength of a 98-pound weakling, they throw commitment, character and courage under the bus, they undermine their own reputation, and they rob themselves and the world of another masterpiece…another great book…another superior teacher…

Deep down, every human being knows very well that he is in this world just once, as something unique, and that no accident, however strange, will throw together a second swing at the bat, a mulligan, a do-over: he knows it, but hides it like a bad conscience why?

What is it that compels people to be fearful, to think and act herd-fashion, to not think more of themselves, to run from rather than to a challenge?

In the vast majority it is the desire for comfort, inertia, safety – in short, the inclination to laziness.

Overall, people are lazier than they are courageous, and what they fear most is the troubles with which any unconditional honesty and intellectual maturity would burden them with.

Laziness is Unworthy of Companionship 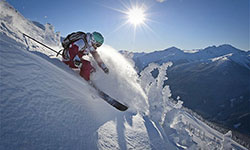 When a person committed to excellence despises other people, it is their laziness that he despises: for they know what is possible when one deploys the rigorous consistency of a commitment to a worthwhile goal.

The human being who does not wish to belong to the mass, who dares to show the world what they are truly capable of creating, must merely cease being comfortable with himself; he must follow his conscience which shouts at him: Unleash Your Greatness! What you are at present doing, opining, and desiring, that is not really you!

Small is Beautiful
Perfection Has an Identity Crisis