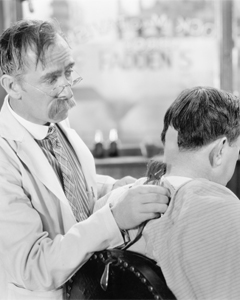 THE TERM UNFORCED ERROR is an important part of the vocabulary in the world of tennis. No statistic is more emphasized than unforced errors…largely due to the fact that they are quite often the difference between winning and losing.

An unforced error is best defined as an error in a service or return shot that cannot be attributed to any factor other than poor judgement and execution by the player. It is entirely a result of the player’s own blunder, and not because of the opponent’s skill or effort.

As the leading outcast and black sheep of the tennis community, unforced errors can initiate a player’s self-destruction and eventual downfall…as these self-imposed mistakes are the Achilles Heel for a player and often lead to a sure loss.

In fact, a large percentage of matches are lost not due to the opponent’s strength…but due to a player’s overwhelming number of unforced errors.

…and limiting your unforced errors requires that you bring greater maturity and discipline to your game, changing how you approach certain shots, limiting or eliminating any behavior that stands between you and the unleashing of your greatness…and allowing your mistakes, errors and impediments to lead the way to a superior performance.

Marcus Aurelius, the last great Emperor of Rome said it perfectly, “The impediment to action advances action. What stands in the way becomes the way.”

It should come as no surprise that you are your own worst enemy…and that the vast majority of troubles in your life are self-inflicted wounds, and much like tennis, they are unforced errors…the result of your own blunder…poor judgement and halfhearted execution.

Self-inflicted wounds, like unforced errors are unfortunate, unnecessary and unacceptable as they manifest themselves in financial problems, intimacy problems, communication problems, health problems, tax problems, and in just every problem you experience.

Then to add additional insult to self-imposed injury…most people compound and allow the pain to fester by berating themselves through negative self-talk.

Fortunately, there’s a solution as what stands in the way becomes the way.

Whatever you face in life…you always have a choice. Will you allow your challenges and unforced errors to block you, to undermine you, to bring you to your knees and ultimately get you to throw in the towel… or will your challenges and troubles empower you, strengthen your resolve, fortify your spirit and ultimately lead the way to greatness. In the end, it’s a choice.

The single best strategy for solving problems quickly, for turning lemons into lemonade  and for converting failures or setbacks into success is to improve your how…to play a strong, smart, and savvy offense…to raise your standards…in short, to step up your overall game.

That’s why you’re absolutely going to love the 100 Day Challenge as it’s a pure power offense which teaches you every best practice for driving superior results.

I’ll close with this…

The size of your problems is nothing compared with your ability to solve them.

Therefore, don’t overestimate your problems and don’t you ever underestimate yourself…as you were born to unleash your greatness…not to be taken down by obstacles and unforced errors.