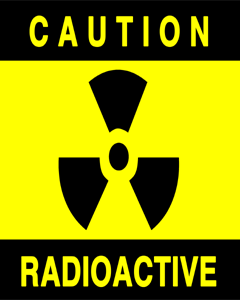 An occupational hazard is a risk accepted as a consequence of a particular occupation.

For the purposes of this message, we’re going to focus on environmental and psychological hazards.

People like to think they have a “character,” and that this character of theirs will endure, no matter the situation.

People are highly vulnerable to the incentives and behaviors of their environment, and often the best a person can do, if he wants to behave in a certain manner, is to choose carefully the environment that will go to work on his or her character.

An occupational hazard of the Internet blogger or YouTuber, for instance, is that he becomes the sort of person who says whatever he thinks will get him the most attention, likes and shares rather than what he thinks is true, so often that he forgets the difference.

An occupational hazard for anyone in the media business, is that in their rush to be the first to “break the news” and obtain bragging rights, they place speed ahead of truth and facts and forsake their journalist responsibilities.

An occupational hazard for a politician, is that by taking money from lobbyists…they immediately become yes men and little more than pawns for the private interests of their paying clients.

They spend more time focused on getting reelected and less time on serving the needs of the very people who voted for them.

And, rather than build a life of substance and contribution, they soon go to work gaming ratings companies, and designing securities to fail so they might make a killing off the investors they dupe into buying them, and rigging various markets at the expense of the wider society, and encouraging all sorts of people to do stuff with their capital and their companies that they never should do.

The intense pressure to conform, to not make waves, to simply go along with the accepted norm has got to be one of the most the most depressing experiences of life…a true occupational hazard, a trap that too many have fallen victim to.

I want you to…imagine yourself in an environment where you are challenged, supported and feel more alive than you have in years.

I want you to…imaging yourself in an environment where integrity was applauded, where transparency was truly transparent, and where trust and respect were the only acceptable forms of behavior.

So watch yourself, be very aware of falling victim to occupational hazards…because if you don’t, no one’s got your back.