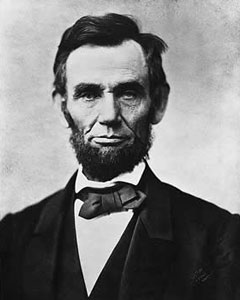 THERE IS no more essential nor defining aspect of a person than their character.

From the moment you open your eyes each morning, until they close again for sleep each night, everything in between complements or compromises your character.

Have you ever wondered how people define your character, what adjectives they use?

In this lesson, my objective is get you to take ownership of your adjectives…to live your life in a way that you choose and model the adjectives which you want to be famous for.

The word character is a deviation of the Greek word charakter which literally means the “stamp of a coin.”

American coins feature great men like Washington, Jefferson, Lincoln and Roosevelt. Their characters helped shape and set a high standard for our nation.

Allow me to explain…

The penny stamped with the image of Abraham Lincoln says honest, perseverant, and humble.

The nickel stamped with the image of Thomas Jefferson says creative, diplomatic, and competent.

The dime stamped with the image of Franklin Roosevelt says resolve, relationships, and patience.

The quarter stamped with the image of George Washington says courage, fortitude, and honor.

I say, isn’t this the way we all want to be described?

Isn’t this the legacy with which we would all like to live?

People today don’t think of their characters as being honest and humble or creative, diplomatic and competent, or full of courage, honor, and fortitude.

But what if they did?

Would this world not be a much better place to live if they did?

Get this book, reflect on this message and ask yourself as well as others…If your image were stamped on a coin, what three adjectives would be used to describe your character?

Would those adjectives be inspiring to others? Would they make your mother proud?

If not, what changes must you make as your behavior is the physical manifestation of your character and behavior never lies.

History leaves us with enough clues to believe with confidence that we can only experience true success and happiness by making character the bedrock of our lives.

That’s why taking ownership of our adjectives is so important.