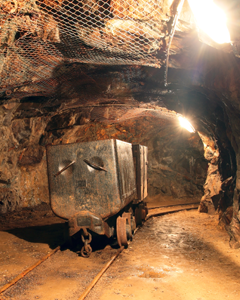 Have you ever wondered what it means to be a Canary in a Coal Mine?

Life for a canary in any coal mine can best be described with three words…“SHORT BUT MEANINGFUL.”

The mining occupation has always been among the most hazardous…largely due to poor ventilation systems.

The solution? Bring a yellow canary down to the mine with you.

Why? It’s actually quite simple…canaries are especially sensitive to methane and carbon monoxide, which make them ideal for detecting any dangerous gas build-ups.

As long as the bird kept singing, the miners knew their air supply was safe. A dead canary signaled an immediate evacuation…as in drop everything and run for the exit. 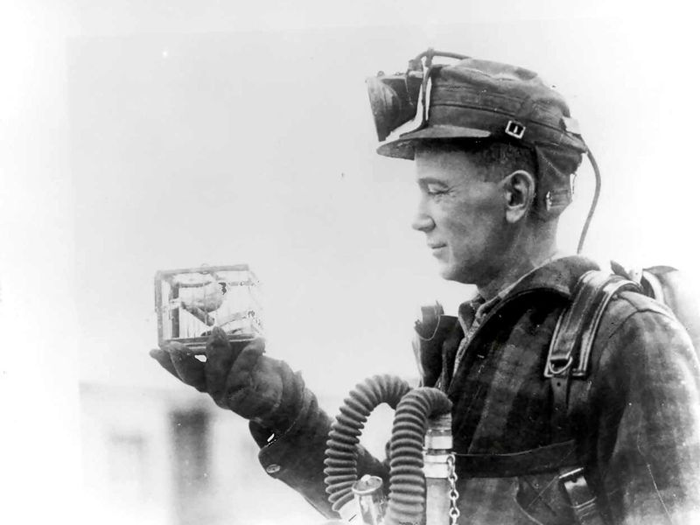 Lest your wondering if I have finally stepped off the curb into oncoming traffic…I’d encourage you see this message to its conclusion as this post is meant to serve as an early warning signal that could very well save you from becoming the canary in your own coal mine.

An occupational hazard is defined as a working condition that can lead to physical or psychological pain and even death.

1. Chemical Hazards. Exposure to chemical substances causes injury when they are absorbed through skin and inhaling or ingesting.

These hazards cause redness of eyes, genetic disorders, cancer, sterility, hearing loss, nerve injury and many types of physical pain.

For the purposes of this message, we’re going to focus on the enormous impact of both environmental and psychological hazards.

People like to think they have a “ strong character,” and that this character of theirs will endure, no matter the situation.

People are HIGHLY VULNERABLE to the incentives and behaviors of their environment…and often the best a person can do, if he wants to behave in a certain manner, is to choose carefully the environment that will go to work on his or her character.

An occupational hazard of the Internet blogger or YouTuber, for instance, is that she becomes the sort of person who says whatever she thinks will get her the most attention, likes and shares rather than what she knows is true, tasteful and informative. She does this so often that she forgets the difference.

An occupational hazard for anyone in the media business, is that in their rush to be the first to “break the news” and obtain bragging rights, they place speed, bias and personal opinion ahead of truth and facts and in doing so…they forsake their journalist responsibilities.

An occupational hazard for a politician, is that by taking money from lobbyists…they immediately become yes men and little more than pawns…MERE SERVANTS for the private interests of their paying masters.

They become seduced by the power and privilege of the office and spend more time focused on getting reelected and less time on serving the needs of the very people who voted for them.

For those in a position of power and influence in any vocation, an occupational hazard is to believe that they are beyond reproach and rather than use their power and influence to help, serve, empower and lift up others, they do the exact opposite…intimidate, bully, harass and control.

And, rather than build a life of substance and contribution…they soon go to work gaming ratings companies and designing securities to fail so they might make a killing off the investors they dupe into buying them.

They actively go to work on rigging various markets at the expense of the wider society, and encouraging all sorts of people to do stuff with their capital and their companies that they have no business doing.

THE INTENSE PRESSURE TO CONFORM…to not make waves, to simply go along with the accepted norm has got to be one of the most the most depressing experiences of life…a true occupational hazard…a trap that far too many have fallen victim to.

I want you to…imagine yourself in an environment where you are CHALLENGED, supported and feel more alive than you have in years.

I want you to…imaging yourself in an environment where integrity, honor and doing the right thing was applauded, where transparency was truly transparent, and where trust and respect were the only acceptable forms of behavior.

That’s why I created the 100 Day Challenge…to provide you with the framework, encouragement and environment you need to live a life of abundance, joy and fulfillment.

So watch yourself…protect and love yourself…and be very aware of falling victim to occupational hazards…because if you don’t, you’ll quickly suck the oxygen and integrity out of your character and become the canary in your own self-created coal mine.

P.S. Ready to upgrade your life and make this your best year ever?

I’ve created a game plan and video series for catapulting your life and career to extraordinary heights. If you follow this daily, you’ll be able to get more accomplished in the first 100 days of the new year than most people will do over the course of ten years.

FIVE THINGS YOU MUST DO BEFORE 2018
Tell Me What You Did, I’ll Tell You Who You Are