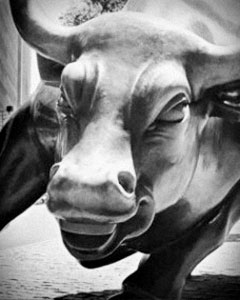 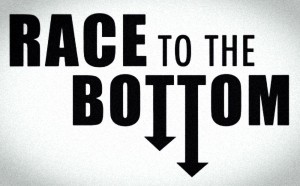 EVERYWHERE you look, the entire world seems to be playing its own unique variations of the Limbo Dance…HOW LOW CAN YOU GO?

The performance, quality, political, educational, entertainment, banking, corporate and overall leadership bar is continuously being lowered and the race to the bottom seems to be accelerating.

Racing to the Bottom is a socioeconomic phenomenon which occurs when ANY party knowingly lowers standards, cuts corners, lies, cheats and steals, engages in deception, and makes ever increasing concessions and compromises. 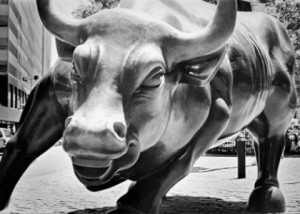 In short, it’s blatantly doing the wrong thing(s), for the wrong reasons.

The list of people, places and things playing race to the bottom is too long to permit specific discussion, but saying that they all emanate from short-term, self-interest thinking such as getting elected or reelected, quarterly results, competitive advantage, bonuses or just about anything associated with a short cut or quick fix can dispose of them all.

This dirty, behavioral ring around the collar ALWAYS leads to adverse consequences that may go unnoticed until it is TOO LATE to change course.

Quite frankly, I’m disgusted by it, especially when most of these decisions are being made by highly educated people who should know better, but who have ALLOWED their character to be corrupted by the seduction of power, control and greed. 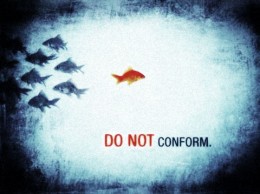 Why do I know this? Because, behavior never lies!

The world has shifted into into two camps:

the non-conformed minority who have chosen to race to the top. They have decided that excellence, quality, freedom, peace of mind, character and integrity are noble ideals worth pursuing and never surrendering.

and… the conformed majority in the relentless race to the bottom.

You must decide then, which camp are you in?

How do you know for sure which race YOU are playing?

Look at YOUR behavior, because behavior never lies!

THE RACE TO THE TOP 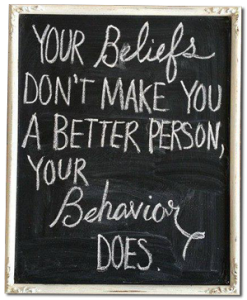 The race to the TOP is the only one worth playing…and that is why I wrote Everything Counts!

Everything Counts! is a powerful philosophy for inspiring, promoting and celebrating excellence in EVERY part of your life and career.

Its meaning is simple, yet powerful: Everything you think, everything you say, and everything you do has a direction, which serves as an advance or a retreat in respect to your pursuit of excellence. Everything, regardless of size or intent has bottom-line consequences; therefore, everything counts—this is both the golden rule of excellence, and your ticket for winning the race to the TOP.

You see, the race only moves towards the TOP or the bottom.

There is no such thing as standing still.

There is no staying the same.

Everything you think, say and do either… 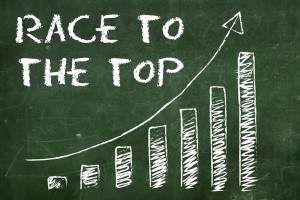 builds up or tears down.

turns on or turns off.

This is a point worth repeating…everything you think, say and do has a direction, which moves you one step closer to, or one step further from your pursuit of excellence.

Let’s be frank…the temptation and opportunity to cut a corner and sacrifice a clean conscious, while grabbing a few extra bucks or gaining market share will ALWAYS present itself.

So too will the opportunity to do the right thing, set the right example and be a man or woman of integrity.

The race to the top is the long-term path with the most desirable outcome.