A brief history lesson is needed to get the ball rolling… 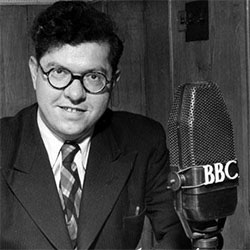 Sir Fred Hoyle was one of Britain’s best-known mathematicians and astronomers in the last half of the 20th century.

In his 1950 BBC radio program, The Nature of the Universe, he coined the term “The Big Bang.”

Today, the Big Bang theory has become widely accepted, among astronomers and for many people in society.

According to the Big Bang theory, there was a moment, known as t = 0, at which the size of the universe was zero and the temperature was infinite.

It was at that moment that the universe then started expanding at near light speed resulting in what is called spontaneous creation.

Steven Hawking in his book, The Grand Design says, “Spontaneous creation is the reason there is something rather than nothing, why the Universe exists, why we exist”.

In this message, my objective is to share with you a powerful, life altering, goal setting strategy for turning NOTHING INTO SOMETHING ABSOLUTELY AMAZING!

AND AWAY WE GO…

For just a moment, put yourself in the shoes of Jeff Bezos, founder of Amazon.com.

You have the idea to create a new kind of business, an unproven technology, something the world had never seen before.

You are starting from scratch, have absolutely no market presence, and are competing in a world of retail and publishing giants. 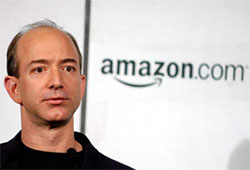 To say that the deck is stacked against you is an understatement.

Yet, within a few lightning quick years, you sit on top of the mountain.

You have created the most recognized brand name on the Internet, become one of the richest men in the world, and have been crowned “The King of e-Commerce.”

Your face is on the cover of Time, Fortune, Business Week… and you are a regular at White House and power elite dinners.

This, my friend, is a Big BANG.

Jeff Bezos and Amazon.com offer an ideal example of how visionary people and companies often use a Big BANG as a powerful mechanism to CREATE SOMETHING OUT OF NOTHING and in the process, change the world.

HOW TO CREATE A BIG BANG…

The Big BANG is an acronym for…

Applying the Big BANG formula to your life or career can and WILL allow you to create monumental, quantum-leap performance and profitability gains (and perhaps even change the world).

Here are the characteristics of the Big BANG formula and how it works:

BOLD—a Big BANG is saturated with boldness. It requires a fearless, daring, and courageous spirit, nerves of steel, and a massive dose of self-confidence.

It’s roll-the-dice-and-bet-the-house boldness. It can mean taking extraordinary risks, and, when you decide upon a course of action, boldness demands that you execute it aggressively.

Those who have the chops to act boldly recognize it as both a fundamental right as well as a pragmatic reality.

Jeff Bezos’ stunning spontaneous creation of Amazon.com (out of nothing) was one of the boldest David versus Goliath business moves in the history of commerce.

And if that’s not enough…Bezos also had the balls to name the company after the Amazon River, one of the largest and gnarliest rivers in the world, and he doubled down with the slogan…”The World’s Largest Bookstore”.

Bezos and Amazon.com offers a textbook example of David not only beating Goliath, but becoming Goliath in the process.

After all, Bezos could scarcely have been bolder when he challenged a well-established industry, leveraged a largely untested new medium and created an entirely new type of store.

But, as we all know, that boldness created tremendous retail shock waves and has revolutionized the way THE ENTIRE WORLD BUYS.

Even so, boldness alone isn’t enough to create a Big BANG. Creating your own personal Big BANG also requires that your goal be… 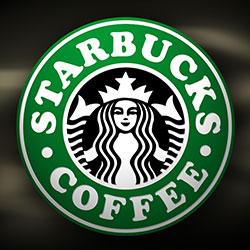 That means settings goals that are as grand in scale as they are bold in formulation.

It was ambition that created the Seven Wonders of the World, and it is this formidable force, which provides the psychological fortitude that screams faster, higher, braver, further.

Not only does he want company stores to become the so-called “third place” (after home and work) where people get together or enjoy a break, he also wants to make Starbucks the top, most-recognized consumer brand in the world.

Today, Starbucks has made terrific progress toward Schultz’s twin ambitions. Around the world in over 10,000 stores, people gather and conduct business over Starbucks coffee; and the company’s products line grocery shelves everywhere.

Schultz’s ambition has allowed him to become a contemporary Columbus staking out a new frontier. And like any good pioneer, he has rolled up his sleeves and done the hard work necessary to see his dream become his reality.

All phenomenal performances owe a great deal of gratitude to raw ambition that demonstrates to the world that anything is possible if you want it badly enough.

Finally, creating your own Big BANG involves adopting goals that are…

NOBLE—a Big BANG is championed by a noble cause that inspires and challenges people to perform at an uncommon level.

After all, when you strive to better the lives of others—your family, your colleagues, your customers—you have a purpose worth pursuing, even when you might otherwise quit.

Shining with exceptional and noteworthy qualities, a noble goal is grand and impressive in both appearance and thought.

Noble goals unleash the human spirit, and our world has been greatly blessed by men and women pursuing bold, ambitious, and noble goals, goals that created a Big BANG! 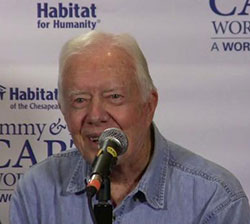 Consider the expansive legacy of Jimmy Carter, the 39th President of the United States work with Habitat for Humanity.

The organization was founded with the out sized goal to eliminate poverty housing and homelessness worldwide.

Along the way, the organization and Carter have changed the way millions of people think about the problem of substandard housing—and its solution.

There is a huge difference between merely having a goal and becoming committed to a huge MAGNIFICENT CHALLENGE, one that burns the bridges to any possible comfort zone.

In a world filled with unlimited abundance and possibility, where big dreams do come true, where you can achieve anything you set your mind to…most people are small thinkers, driven by tiny goals, and pint-sized ambitions.

The problem with small thinking is that it ONLY leads to small and insignificant results.

A Big BANG engages and energizes people by grasping a larger-than-life ideal worthy of achievement. It forces all eyes to look up into the heavens and then energizes those individuals to extraordinary action.

DO YOU HAVE WHAT IT TAKES?

We are unaware of the day, moment or event that will change our lives, and probably that’s just as well. However, when it arrives, you can count on a change in your life forever.

Are you ready to get your ticket punched in a big way?

Are you seriously ready to make a sudden, courageous, and monumental change, change on a grand scale that will change your life and those around you forever?

If you answered “Yes,” then you’re ready to create your Big BANG. 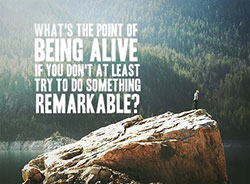 Right now, this instant, you are capable of exponential growth. You have the ability to multiply your performance, dramatically exceed your best expectations, and achieve goals on a scale that in the past seemed impossible.

You can do all of this once you focus on defining and pursuing your Big BANG.

But that means you must stop settling for things as they are, stop accepting less than your absolute best, and surrender the belief that change is only marginal and incremental.

Life is prepared to give you a breakthrough—a spontaneous creation experience any time you become willing to allow it.

Few people or organizations ever come close to reaching their full potential. Most do not even come close, and barely scratch the surface of what they can possibly accomplish.

Maybe, just maybe, the time has come for you to study the face in the mirror and decide once and for all that you are ready to rock the world.

I’m talking about increasing your sales by 500% +, about dominating your market niche, worldwide distribution and consumption of your product or service, paying off your Mortgage fast, winning the Gold Medal in the Olympics, about finding a cure for the incurable.

I’m talking about achieving more in the next 100 days than most people do over the course of 10 years, and that is what you will learn the moment you begin the 100 Day Challenge.

A Big BANG calls out for a monumental goal that is transparently clear, amazingly simple, and tenaciously spirited.

This type of goal requires an elevated sense of urgency about getting results that even high-performers struggle to comprehend.

The level of discipline and intensity of focus required to achieve this type of goal requires that you say “adios” to your comfort zone.

A profound and unwavering commitment to achievement is mandatory as once you set a Big BANG you’ll be working without a net.

The process begins with your ability to answer one question:

Answer that question. Then take decisive action—laying the groundwork to make that ambition a specific, time-bound, and measurable goal—and, finally, implement!

Once the decision is made with absolute clarity and a commitment is enforced with the tenacity of a bulldog, you are positioned for a Big BANG.

It’s time to fasten your seat belt as you will be moving faster than a speeding bullet, building the massive momentum of a locomotive, and quickly turning NOTHING INTO SOMETHING ABSOLUTELY AMAZING!

The 100 Day Challenge is your ticket to the good life, one filled with boldness, ambition, and nobility. 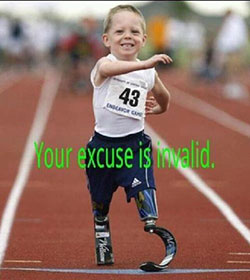 Get all the details as your Big BANG awaits!

P.S. Are you capable of creating a Big BANG and turning nothing into SOMETHING TRULY AMAZING?

I know you can. The real question is: “Do you have the chops to go after it right now, or will you offer up a lame excuse and continue to live a small life filled with small insignificant results?”

Are you planning to stay small forever? Are you done settling for table scraps? Are you fed up with under-performing, and accepting only a small token of your potential?

If you’re finally ready to get in the game and PLAY TO WIN IN A BIG WAY, then allow me to push, prod, provoke and most important, challenge you to greatness!

Why Freedom Isn’t Free
Challenge Yourself