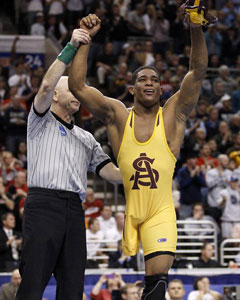 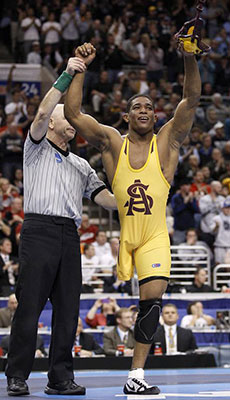 He beat Matt McDonough in the NCAA National Wrestling Championship.

His next adventure is taking up Brazilian Jiu-Jitsu classes.

This guy is amazing.

He is one of the most accomplished wrestlers in Arizona State History.

He finished his career with a 36-0 record and won the NCAA title.

This guy, who has one leg, is really amazing.

How much time do you think he spent thinking about only having one leg?

Were you “Unstoppable” last year?

Guess what – if you weren’t, don’t expect to be “Unstoppable this year.”

What’s holding you back? What’s preventing you from becoming unstoppable? 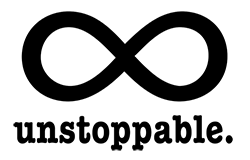 Too many demanding customers.

Too much work and not enough time.

Too many voice mails.

Focus on your abilities.

Focus on your personal goals.

Focus on being the very best you can be – just like Anthony.

Being unstoppable is earned with your sweat equity.

Sorry there are no short cuts.

It’s time for you to become “Unstoppable.”

The 100 Day Challenge shows you exactly how to do it.

WHAT TO DO NOW? Share your two cents worth on what it means to be Unstoppable and by all means check out the 100 Day Challenge before enrollment closes.

Old Faithful
The Rule of One