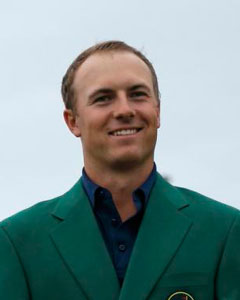 By Gary Ryan Blair in Excellence

You make hundreds of decisions every day. Some matter more then others. But committing your life to excellence is one is one of the most important decisions you will ever make in terms of your life’s success.

The mission of the 100 Day Challenge is to inspire, promote and CELEBRATE excellence, and this particular message is meant to shine a bright light on the importance of rewards, recognition, and the fine art of celebrating excellence.

The Green Jacket at The Masters Golf Tournament is considered to be the greatest individual award, and the most coveted prize in the world of Golf.

Because winning the Green Jacket…

…is perhaps the greatest external motivator for driving superior performance.

…is the most pursued piece of clothing for any professional golfer.

…means that you are part of an ultra-exclusive community for life.

…can only be earned by overcoming world-class competition.

…guarantees you a very special place in the history books.

…is a symbol of excellence, victory and immortality.

Today, 21-year old Jordan Spieth served notice to the golfing world with a record-breaking first major victory at the Masters.

He became the second-youngest player to win at Augusta, behind only Tiger Woods’ 1997 effort, and just the fifth man to lead the prestigious tournament from start to finish. Talk about starting fast and finishing strong.

Jordan paid the price, demonstrated an awesome display of excellence, and I trust he’ll be celebrating with his family and sleeping with that Green Jacket on tonight.

I’d like to use the remainder of this message to focus on YOU and why you must incorporate rewards and celebration into your goal setting pursuits.

A funny thing happens on the way to success…

You build integrity, character, discipline, and a host of other intrinsic benefits that add credence to the old saying, “the journey is its own reward.”

Goals are natural value generators, often because of what you learn and become en route to their achievement. But having a reward that honors and symbolizes that achievement is a powerful motivator for continued progress and performance excellence.

Simply put, a reward is an extrinsic symbol for the

enforcement and celebration of intrinsic values.

If you want to improve your performance results, increase innovation to gain and sustain competitive advantages, create an environment that fosters excellence and ethical behavior then you must make rewards and recognition standard protocol.

Whether it’s a War Hero receiving a Medal of Honor, an Olympic athlete winning a Gold Medal, an Author being granted a Pulitzer Prize, a Martial Artist earning a Black Belt, or a young child winning a trophy for a local spelling bee – rewards and recognition promote and define personal excellence.

They not only serve to honor the accomplishments of exceptional individual or team performance, they bolster and endorse the  specific actions, behaviors, and values that you are striving to put in place.

Few things in life are more demoralizing than having your consistently good performance go unrecognized.

The need for recognition and approval is a fundamental human drive, and one of the motivators behind our willingness to give and serve.

The goal of rewards, recognition and celebration is to feed that motivation and to promote and define excellence.

Those being recognized for excellence serve as models for their colleagues, inspirations to their communities, and leaders in their area of discipline.

Therefore, the successful culture or household is one that provides constant recognition and applause.

More directly, a successful culture or household is one that rewards the virtuous behavior it wants repeated.

The best predictor of future behavior is past behavior. When you reward the right behavior and its results, you almost guarantee a repeat performance.

The trick is to identify and reward the behavior you want repeated, as poor behavior also will be repeated if rewarded.

As you approach a new week…

I encourage you to become a great believer in the importance of celebration and rewards.

I encourage you to identify the virtuous behavior you want repeated in yourself, your family and associates.

I encourage you set challenging goals that raise the performance bar.

And, I encourage you to celebrate loud and proud once those goals are achieved.

P.S. Understanding the importance of rewards and recognition is just one of 52 remarkable ways to inspire excellence that you’ll learn from Everything Counts.

JUST DO IT?
See You At The Top