Does my vote really count? Is it worth it?  These are questions with a long history of debate. You may feel like the lone sane voice in a shouting match. But the answer to both of those questions is YES!

The duties or responsibilities of a citizen in a Democratic Society can be separated into two groups: mandatory responsibilities, such as paying taxes;  and duties not demanded by law, such as voting.

The right to vote is a duty and responsibility, as well as a privilege. 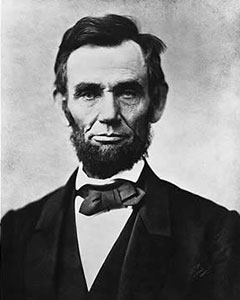 The right to vote is one of our most important civil liberties and those who expect to reap the blessings of freedom must support the vehicle of freedom.

By fulfilling your obligation to express yourself with the ballot, you have preserved the democratic system.

Moreover, voting is a sustained obligation that accompanies and protects the liberties we enjoy.

Voting is a fundamental right. The ability to vote exists as one of the most cherished rights that our forefathers fought for, marched for, and died for over the centuries.

Wars still rage so that citizens of other countries can earn this right; the right that many of us now take for granted. The act of voting is a right that should be used with the utmost consideration and care.

Voting is more than just a right to be heard; it is a privilege of democracy, thus a moral obligation.

In Search of Democratic Literacy

“The ignorance of one voter in a democracy impairs the security of all.”
– John Fitzgerald Kennedy (1917–1963) 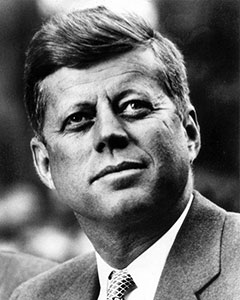 These two factors are so intertwined that the failures or inadequacies of one can render the entire system ineffective.

If voters do not know what is going on in politics, they cannot rationally participate in government policy. Without their participation, their needs and wants cannot
possibly be understood or realized.

This is particularly troubling in times of war or major conflict; in large issues such as healthcare, foreign policy, social security, education; and in so many other areas of social and political importance.

First, it prevents any meaningful reflection of the will of the people in democratic government.

Second, voter ignorance imperils the instrumental case for democracy as a nation that serves the interests of the majority, as ignorance potentially opens the door for both elite manipulation and gross policy errors caused by politicians’ need to appeal to an ignorant electorate in order to win office. 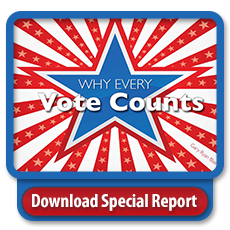 All rights carry with them responsibilities and obligations. Our rights deserve our utmost attention and vigilant protection. Achieving the right to vote has proven to be a hard fought accomplishment for all races and genders throughout history.

And now that each and every citizen in our country has the right to vote in any election, they must exercise this right. So, let your voice be heard — VOTE!

WHAT TO DO NOW? Download your copy of Why Every Vote Counts and share your views on the importance of this topic!

20 Seconds of Courage
Now or Later