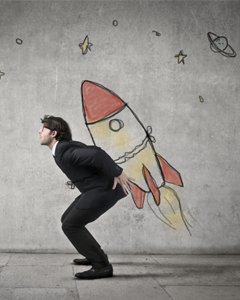 In the spirit of full disclosure…my aim is simple; to convince you that you have the potential to DRAMATICALLY DECREASE the amount of time it takes to achieve your goals…get rich…and make an impact on the world.

There are 2126 billionaires in the world. Becoming one is an extremely impressive feat.

However, the accelerated rate by which people are now becoming billionaires provides us with some very important lessons which we can all leverage to fast track our goals.

Bill Gates became a member of the billionaire club in 12 years.

Larry Page and Sergey Brin got their ticket punched in 8 years.

Jeff Bezos made it to the mountaintop in 5 years.

Pierre Omidyar of eBay hit the magic number in 3 years.

Andrew Mason of Groupon did it in a whopping 2 years.

There’s no disputing the fact that we have dramatically decreased the amount of time it takes innovative people to achieve big, epic goals…get ridiculously wealthy…and make a massive impact on the world.

These seemingly superhuman feats have largely been due to leveraging force multipliers as well as exponential advances in technology and communication.

It’s best to look at a force multiplier as a tool, one of many in your toolbox.

The purpose of each tool is to provide you with maximum leverage. In other words, you use specific tools to gain the maximum outcome with the least amount of effort.

A hammer is a force multiplier, so too is a screwdriver, a power saw, a monkey wrench and even a wheelbarrow to name just a few.

Using any of these tools multiplies the magnitude of the force you’re exerting and concentrates that force into a small area, making it easy to drive a nail in a single stroke, fasten a screw with a few simple twists, cut through wood like a hot knife through butter, quickly tighten a nut, bolt or pipe and move heavy rocks as if they were as light as a feather.

Gaining proficiency with any tool, especially when it comes to strategy execution…requires practice, that is if you really want to achieve the greatest output with the least amount of input.

The effective use of force multipliers allows ANYONE to create exponential jumps in their productivity…accelerated, yet controlled explosions in their personal performance that puts them far beyond the next logical step and into an entirely different orbit.

It’s a strategy for stunning advances in the achievement of your goals…and it is the fundamental core of the 100 Day Challenge.

You might want to compare the use of force multipliers to multiplication instead of addition — it means a geometric, and if performed consistently a perpetual progression in your overall effectiveness.

What would that be worth to you?

In part 2…I’ll explain everything.

In the meantime…enroll in the 100 Day Challenge where you’ll quickly learn how to get more accomplished in the next 100 days than most people and organizations do over the course of ten years.