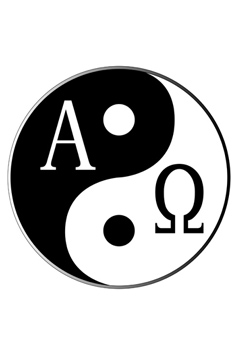 Shakespeare wrote, “All the world’s a stage, and all the men and women merely players. They have their exits and their entrances, and one man in his time plays many parts.”

But Shakespeare wasn’t the first to see the similarity between the world and a stage.

Seneca – sixteen hundred years before Shakespeare – wrote, “Life is like a play: it’s not the length, but the excellence of the acting that matters.”

I love the idea of seeing the world as your stage, and in this post…

My aim is to provide you with a few strategies which you can use to improve your onstage performance along with the excellence of your acting.

You make hundreds of decisions every day.

Some matter much more than others.

But committing to excellence is one of the most important decisions you will ever make in terms of your life’s success.

Excellence is not a relative term…

You have but one option…and that is to view excellence as the standard by which you judge everything you do.

How you do anything…is how you do everything.

That means…everything you do must be done with the single-minded purpose of personifying excellence.

A commitment to excellence is best represented by the words Alpha to Omega.

From beginning to end…from first step to last…and from how you start to to how you finish each day — excellence always!

Alpha is the first letter of the Greek alphabet.

In our world it has come to signify a beginning…the first step on the path to a goal.

Alpha may be a plan, an action, or intention…but without it, one can never reach any goal.

Another way of saying it is…you can’t finish what you do not start.

Omega is the twenty-fourth and last letter of the Greek alphabet.

Reaching it means you have gone through all the steps, you’ve paid the high price that success demands…and you have reached your goal.

You have accomplished what you set out to do, and demonstrated excellence throughout the journey.

But when it comes to personifying excellence and getting results…Omega does not mean the end…not by a long shot.

The reaching of one goal, frees and empowers you to set another, much more challenging goal.

So, while Omega marks an accomplishment…it must be viewed as the link between accomplishing one thing, and the setting of a new challenge.

Omega is the link that completes and expands the circle of ever-increasing success, prosperity and excellence.

The great part about improving your onstage performance along with the excellence of your acting…is that it is achieved via QUALITATIVE, not quantitative shifts in developing skills.

What that means is a focus on developing soft assets such as the quality of your character, thoughts and attitude…along with civility and etiquette to name just a few…must become priority #1.

Being part of a qualitatively different world or environment where excellence is expected and practiced from Alpha to Omega is the key to achieving excellence.

The point Dr. King was making with this brilliant observation, was that…

Being world-class in “any task or role you play in life to include Parent, Teacher, Manager or Coach”…has nothing to do with size, schooling, economic position, or even your DNA…

But it does have everything to do with a sincere decision, and a strong desire to commit your life to excellence.

That’s why you are called to do everything with excellence.