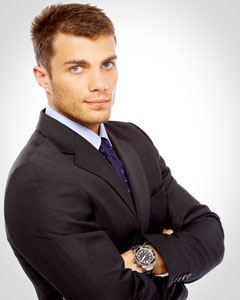 Life is sport…and all sport is an ongoing, relentless battle between offensive and defensive strategy.

Defensive strategy exists to hold ground, and to prevent the offense or opposition from scoring.

Look closely and you’ll see that both offensive and defensive strategy share a similar strand of DNA.

Each is designed to…

Neutralize their opponents strength.
Locate flaws, weaknesses and vulnerabilities.
Destabilize and debilitate confidence.
Interfere with focus and concentration.
Create and plant seeds of doubt.
Cut off or reduce competitive options.
Force or intentionally create a mistake.
Disrupt any form of forward momentum.
Break their oppositions will.

In short…both offensive and defensive strategy is meant to impede the successful execution of their opponents strategy.

WHAT DOES THIS HAVE TO DO WITH YOU?

Have you ever wondered who or what is your greatest competitor…the greatest opposition force that stands between you and your goals…the thing that prevents you from unleashing your greatness?

Have you ever wondered why you flinch, second guess yourself, freeze up and feel overwhelmed when thinking about anything outside of your comfort zone?

Resistance prevents writers from writing, painters from painting, runners from running, and coaches from coaching.

I know of no enemy, competition or opposition force more insidious or vicious than resistance.

Resistance is an enemy that poses a clear and present danger to your future.

It is in the private interest of each individual and corporation to protect against resistance… for the simple reason that the costs and consequences of resistance are difficult for any of us to ignore.

The high price of resistance is commonly imposed through the harshness of lost dreams, compromised self-esteem, broken spirits, hopelessness…and other forms of real and lasting pain.

Resistance…is a real bitch…as it will consistently lob grenades at everything you attempt.

…work to undermine you and crush your belief in yourself.
…call for and demands your resignation letter.
…ruthlessly attempt to extract a pound of flesh.
…goad and prod you into quitting.

But success always hangs in the balance.

The fact is resistance is unworthy of your companionship…it’s an unwanted visitor that must be dealt with.

Resistance is unique in that it immediately engages the fight-or-flight mechanism, and you never know how you are going to react until you are confronted with it.

Resistance is never a reason for quitting. It’s only an excuse for those unwilling to face their doubts, insecurities, and mental boogie man.

Therefore, if you’re ever going to find your greatness, you must decide that what you want is BIGGER and far more important than the resistance which prevents you from achieving it.

You must choose to put resistance behind you—to stare it in the eye, walk straight through it and advance toward the goal with confidence, conviction, and certainty.

I know you can…the real question is will you.

P.S. Confronting and overcoming resistance is one of the key strategies you’ll learn in the 100 Day Challenge.

Get all the details here, and with your permission…let me show you how to crush resistance and unleash your greatness.

Will You or Won’t You?
How Will You Enter Eternity?