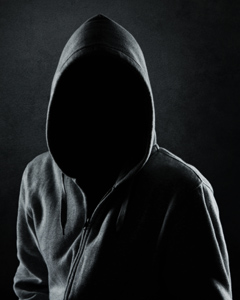 Public Enemy #1 is a term which was first widely used in the United States in the 1930s to describe individuals whose activities were seen as criminal and extremely damaging to society, though the phrase had been used for centuries to describe pirates, outlaws, bootleggers and various types of bad guys.

The phrase originated in Roman times as the Latin hostis publicus (“enemy of the people”), typically translated into English as the “public enemy”.

From a performance standpoint however, there is a much more pervasive, and perhaps, a much more devastating public enemy that we should all concern ourselves with.

The real PUBLIC ENEMY #1…the primary weapon of mass destruction that has killed more dreams, ideas, careers, marriages and lives than any criminal or gangster ever could is a simple four letter word….FEAR.

Fear is a self-inflicted act of sabotage that people have chosen to embrace and perpetuate…with devastating consequences.

And for those who think overcoming fear and replacing it with courage is hard….I suggest you brace yourself for a lifetime of quiet and painful suffering.

FLIPPING THE BIRD TO FEAR

Most of us have two lives: the life we live, and the unlived magical life hidden deep within us. Today that’s going to change.

So, what is it that compels people to be fearful, to think and act like part of the herd, to live an entire lifetime with very little to show for it?

For the majority of us, it is the desire for safety, refuge, security—in short, the inclination to play it safe and remain in the comfort zone.

But the life you want, the truly magical life that you want to experience…will only happen once you face your fears and actively work to get outside your comfort zone. Always has. Always will.

The fact is fear is unworthy of your companionship, it’s an unwanted visitor, one who’s overstayed his welcome, and your ultimate goal is to face it, to conquer it and use it as the trigger for unleashing your greatness.

The human being who does not wish to belong to the masses, who dares to show the world what he is capable of creating, must cease being controlled and manipulated by fear.

He must resist the gravitational pull of the comfort zone and instead follow his conscience, which shouts at him: Let your light shine!

Fear is never a reason for quitting or for second guessing yourself. It’s only a cowardly excuse for those unwilling to face their doubts, insecurities, and their mental boogie man.

Therefore, your first duty in rising to meet a challenge is to conquer fear and the mental resistance it brings along with it.

You must choose to get rid of it or any hope, dream or goal you are considering will wind up being DOA – Dead On Arrival.

To truly comprehend the meaning of everything you ever want to be, have and do is ONLY going to be found on the other side of fear… I’d like you to think of someone you admire and ask yourself…

What challenges did they rise up to meet, and what fears did they need to overcome in order to become the person they became?

THE HIGH COST OF FEAR

So what is fear costing you? What are the consequences of keeping your dreams on hold? What is the impact on your life when you run from rather than toward a challenge?

Let’s look at a few of the many consequences associated with quitting, being underemployed, remaining fearful, and not rising to meet the demands of a challenge:

Eventually you come to think of yourself as “the kind of person” who is undeserving of success. When you begin to lose faith in yourself, it leads to a downward spiral of psychological devastation that is extremely difficult to overcome.

Avoiding a challenge and running from your fears only achieves self-sabotage and the perpetuation of pain, which leads to a cycle of failure and disappointment. Failure’s high price is commonly imposed through bankruptcy, unemployment, depression, poor grades, stress, and other forms of physical and psychological pain.

By allowing fear to control your life, you will serve as a disturbing example of wasted talent, of someone who chose fear over courage. Your life will be viewed as the sad consequence of neglect, excuse-making, self-pity, poor character, lack of direction, and a courage deficit.

4. Development of a Quitter Reputation

Quitting is a habit, and the path of least resistance. Facing your fears requires that you to increase your level of resistance and tolerance to pain, inconvenience, and sacrifice. Once you develop a quitter reputation, your options become limited, your reputation becomes questionable, and your future is in serious jeopardy.

5. Your Become a Traitor

By refusing to face your fears, you by default choose to betray, openly resist and rebel against opportunity and the chance for a better life. In effect, you become your own worst enemy, a real life Benedict Arnold, your very own Judas Iscariot as the greatest from of betrayal is betrayal of oneself.

Fear of any type is a temperamental beast…it’s a bastard that must be dealt with courage, boldness and tenacity. It’s built for a fight…it works to mentally wear your down and will not be vanquished quickly nor easily.

That’s why if you’re ever going to find your greatness, you must choose to face your fears whatever they may be, you must develop the personal constitution to conquer that which is determined to conquer you, you must deliberately enforce your will over any obstacle and advance toward your goals with an indomitable, unbeatable spirit.

Showing you how to vanquish fear is one of the first lessons you’ll learn in the 100 Day Challenge…and I can’t wait to share it with you.