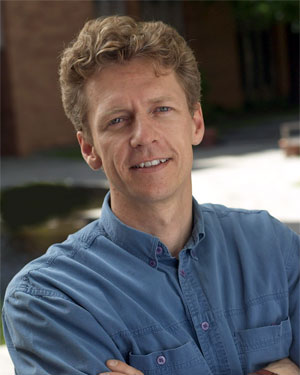 Dr James Orbinski is an exceptional human being who through his unrelenting efforts is reinventing the entire conversation on humanitarianism.

Dr. Orbinski is past international president (1998-2001) of Médecins Sans Frontières (MSF) / Doctors Without Borders. MSF is the world’s largest fully independent medical humanitarian organization with over 400 projects in more than 80 different countries. In 1999 MSF was awarded the Nobel Peace Prize.

Orbinski has represented MSF in numerous settings and emergencies in the past years, including at the UN Security Council, many national parliaments, the World Health Organization (WHO), The Office of the United Nations High Commissioner for Refugees (UNHCR), The Office of the UNUNHCR, in the Sudan, Kosovo, Russia, Cambodia, South Africa, India and Thailand.

He is noted for his clear, strong stance that insists on the duty of states to respect people’s right to humanitarian assistance in war or other instances of political failure, and on our individual responsibility to act meaningfully in the face of human suffering. 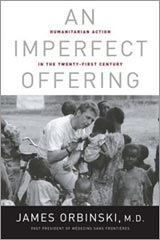 I first heard of Dr Orbinski and the work he was doing back more than a decade ago with Doctors Without Borders and my profound respect and admiration for this man continues to grow with An Imperfect Offering: Humanitarian Action for the 21st Century.

I finished this book last evening and found myself on numerous pages fighting back tears. An Imperfect Offering is more than a memoir of life on the frontlines of disaster. It is a provocative and revealing meditation on what it means to be human. What do we do, and what should we do, in the face of unspeakable suffering.

In addition to his brilliantly written book, I also recommend the documentary titled Triage. Triage will unsettle and move as it pointedly asks disturbing questions at the heart of the humanitarian dilemma. What can any one individual really do to bring peace to those who suffer? Where does humanitarianism end and raw politics begin? How does the sight of unspeakable evil affect the soul?

Smartly directed by Patrick Reed, this remarkable film provides no definitive answers, but celebrates the best in the human spirit while staring unblinkingly at the worst.

Bristling with energy, Triage brings the causes and cures of conflict into sharp focus through Orbinski’s unflinching, fearless perspective. He is a man who believes with all of his heart that every life counts.

A Model of Excellence for Kids and Teens